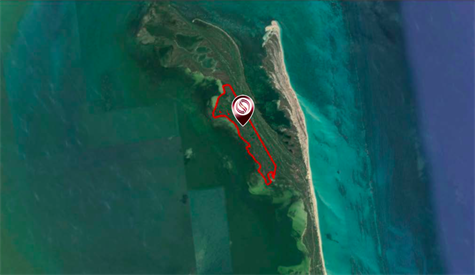 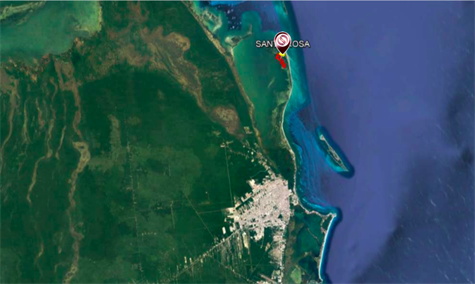 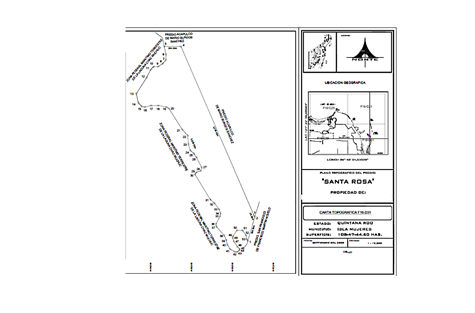 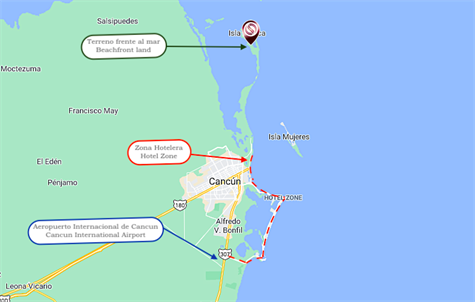 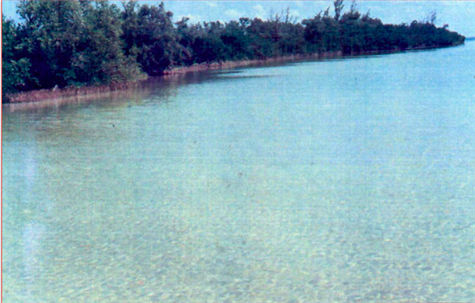 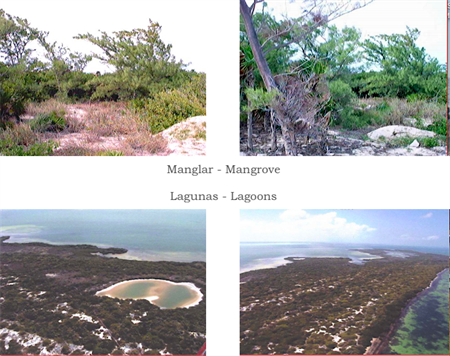 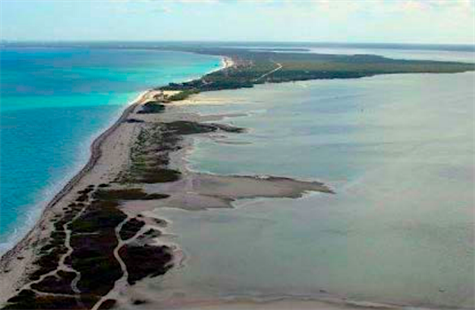 
Large land with ocean and lagoon, for sale in north of Cancun.

This beachfront land is located in the Municipality of Isla Mujeres, it is part of the so-called Chacmuchuch Peninsula, which is connected to the city of Cancun, where the ports of embarkation to Isla Mujeres are located. The property is accessed by the Blvd. Bonampak and its extension, it is located approximately 9 km from Punta Sam and 35 km from downtown Cancun.

CHARACTERISTICS OF THE LAND

According to the title, the property has a surface area of ​​73.93 hectares, but in reality it has a surface area according to the last topographic survey of 108-47-44.60 hectares. Consequently, there is an excess that is internal, that is, it is included within the measurements of the property and none of the neighboring areas is affected at all. This is understandable, because the measurements that were made in ancient times were made with inaccurate devices and there were differences in such measurement and demarcation work, whether for more or less. As it is within the measurements and respecting the surrounding area, the real area is, as already indicated, 108-47-44.60 Hectares. The Isla Mujeres city council, in the cadastral certificate, recognizes 100-41-00 hectares

The federal authorization granted a net density for the entire area of ​​23 rooms / ha.

Location: Continental Zone, region known as Isla Blanca in the Municipality of Isla Mujeres, State of Quintana Roo.
Surface: According to Property Title and Arbitrary Coordinates: 74 has.
Sole Owner Account with Property Title

-To the North and East: Land; currently in possession of a Spanish consortium in partnership with a Mexican.
-To the West: With the Bay of the Caribbean Sea; "Bahía de Chacmuchuch"
-To the South: Two lands.
-Coast from South to North 4.5 km.
-Interior measurements, from the south side, approximately 185 Mts.
-From the North side, 385 Mts.
-Internal longitude from south to north and / or vice versa: 2.5. Kms. Approximately.


HIGHLIGHTS ON THE BEACHFRONT LAND

It has two coves, one to the north side, of regular size, and the other to the south, relatively small.
It has two interior freshwater lagoons.
The property has fresh water at a depth of 1.5 meters.
The Property is Free of Tax.
The surface that protects the title is sold, and the rest is “Ad Corpus”. Cataloged Area for Ecotourism Development and as a commercial mix. Includes integral developments or mixed tourist uses.
The property has a mangrove on the shore; it is not run in any way inside the property.


If you want to visit this oceanfront hectarea and know more about the Isla Blanca area, contact us, it will be a pleasure to advise you on your new investment in Cancun.

P2#463832993
top
Our Listings are pulled from a Network of brokers. Information is deemed to be correct but not guaranteed. If you have any question about a Listing please contact us and we will be happy to find out its current status and all relative information. info@selva-co.com
Seller Login